Today I’m going to re-post something I wrote over on my other blog immediately after my trip up to Sherbern-in-Elmet for the last competition of 2011. This has been cut down somewhat to just show how I felt in the wake of the trip and what I’d learned about myself and my flying, despite not actually competing…

That’s how I sat, in the back seat of a two seater Pitts Special, alone with nothing but the wind and my own thoughts for company.

Sherbern-in-Elmet, Yorkshire. The Tiger Trophy competition. This was quite a big one – all classes competing, from the Beginners (just me as it happened), all the way up to Unlimited. Lots of pilots, lots of banter, lots of flying. The whole thing was a fantastic experience, being only the second aerobatic competition I’d ever attended.

Saturday’s competition was great. I’d hoped to be able to compete in the Standard class, but paperwork and my lack of endorsement precluded that happening. That’s not to say I didn’t fly, but I’ll get to that in a bit. The competition in itself was for me a wonderful and eye-opening experience – I got to watch some fantastic flying and meet a wide range of amazing and friendly people, pilots, judges, partners – all people enthused about aerobatics and the life that surrounds it (to any of you that were there and kind enough to talk to and make a young, shy pilot feel welcome, thank you!).

Two days previously, I’d spent the day at Shobdon flying circuits with Paul, gradually feeling more and more confident that I was actually starting to get the hang of landing at last. On that Thursday I managed to achieve my aim for the winter, somewhat sooner than anticipated, and solo’d the aeroplane.

Preparation is quite important to me in life. I like to know as far as possible, what’s expected of me and what I have to do. At the end of the day hearing Paul ask me if I’d consider flying my ‘proficiency endorsement’ flight solo in the competition box, instead of with an examiner in the front seat acting as safety pilot (as I’d been led to believe would happen), meant I spent a good few minutes stunned and wondering whether this was genuinely the most ridiculous idea I’d ever heard, or if his belief in me was justified. Could I really do this? Was I really capable? Could I really be ready for this?

That’s how I sat, in the back seat of a two seater Pitts Special, alone with nothing but the wind and my own thoughts for company.

After a good deal of procrastination and thinking, I eventually swallowed my lack of self-confidence and listened to the voices of the pilots willing me on, and the voice of the man that really knew what I was capable of. Paul and Ron saw me to the aeroplane and then headed to what had been the judging line earlier in the day, off to watch me fly the 2011 Standard Known sequence to prove that I was capable of safely flying and competing at this level. This was my first ever solo aerobatic flight…

Take-off scares me. A 200hp Lycoming engine attached to a big propeller on the front of a relatively light-weight aeroplane with only me in it is not something to be underestimated. Rudder inputs to compensate for the gyroscopic effect of such a big propeller on such a short fuselage, changing as I change my attitude to lift the tail to allow myself to see the runway ahead of me, lumps in the grass throwing and bouncing us around as we rapidly accelerate – it’s a relief when I can finally pull her up and take flight. I then start to breathe again.

Flight is something special, and aerobatic flight seems to me to be the embodiment of the focus and freedom I’ve spent my life searching for. The mountains are the only other place I’ve ever found such clarity of thought through sheer necessary focus, and only then for an instant at a time. In the air the challenges aerobatic flight presents are everything I crave – clarity, focus and emotion all folded into one. 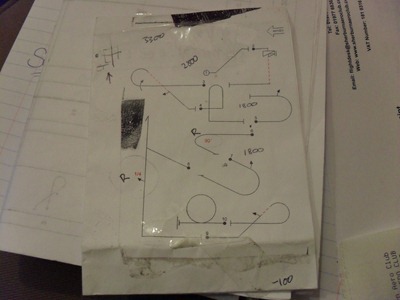 “The box, just find the box. Get higher, just relax, get it done.” My thoughts are my own, my emotions personal and private, and in the following moments they are nothing but crisp, logical necessity.

“Argh, there’s cloud. Ok just keep circling outside the box and wait for it to shift, it’s only momentary…”

Nothing went exactly to plan. My mind was full to beyond capacity, I couldn’t remember the sequence, everything happened too quickly. All I knew was I had to stay in the box, maintain the heights I’d calculated for each manoeuvre and fly everything safely. It all happened in such a blur I barely had time to realise what I was doing and that in those moments everything I’d been striving for over the past year of flying were suddenly being realised…

I landed the aeroplane in a haze of stress, fear and exhilaration. Climbing out of the cockpit I felt drained yet excited, nervous about the outcome of the assessment. I needn’t have been as a few questions later, Ron told me he was happy and that he’d sign me off. Next year I’ll be flying alone and competing with the others at the Standard level.

I’ve always enjoyed pushing myself, every step closer to a limit or a boundary lets you see it with a touch more clarity, and sometimes you begin to see what lies beyond those limits. It’s what I see beyond my own personal limitations that spurs me forward – with training and effort and time it’s possibly to shift the limit lines and reach the beyond.